A gull also benefits from the local resource; the squid!

Sheep amongst the penguins – Falklands summarised 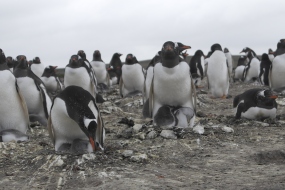 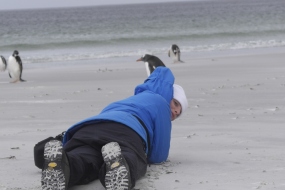 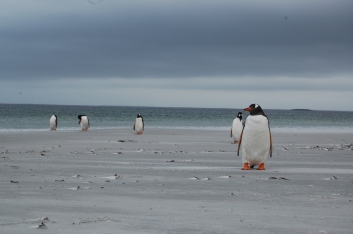 Chilling out on Bertha’s Beach

One of 5 small colonies here

One of the constant running themes here is the wildlife. We keep banging on about it but now, as Spring/Summer gets under way, it’s breeding season! The Islands are coming alive and we’ve been able to revisit different sites to see, at first, the eggs being guarded and later the chicks appearing and growing. It’s still surreal to think that we’re here in the Falklands wandering among penguin colonies and searching the long grass for wild sea lions but you forget all of that when you are a few feet away from a Gentoo parent feeding its chick – straight out of an Attenborough spesh! Anyway, here’s a few shots of the last week.