To understand 1982 is to understand the Falkland Islands. Before proceeding, I will add a caveat to this most sensitive of topics: the following post is my own perspective, based on the notable limitations of what I have seen, heard and discussed. It cannot represent everyone’s thoughts, opinions and feelings but is only my personal experience of what 1982 means here.

This week marks, not only half term, but the Falkland Islands Public Holiday of Liberation Day. 34 years have passed since the Argentine forces under General Menendez surrendered to British forces of Major General Jeremy Moore and an end to the formal occupation of the Islands by the military Junta of General Galtieri.

It seems on opportune moment, then, to address the conflict and to try to convey the effect that it has had here on the Islands. As I discussed with a (local) colleague recently, were you to talk to people here you could be forgiven for believing that it had been just 4 years since the conflict, not 34. This is not just because of the amount of military paraphernalia that litters the countryside, but also the attitudes and discussions of the people here. The true extent of this has had me puzzled for some time but I have several theories as to the continuing level of the ongoing resentment held by Islanders toward those they see as responsible for their 74 day occupation.

Argentine weapons piled up in Stanley following the surrender

Granted, I haven’t been to many conflict zones and England’s lack of recent invasions doesn’t give me another home perspective but Europe has seen its fair share of wars in the last hundred years and I’ve studied enough conflicts to have an educated say on them. It is absolutely correct that history is remembered, of course, and it is understandable that the people here hold the conflict as part of their collective memory but even I was shocked by the extent to which this is true. It wouldn’t be an understatement to say that the Falklands have been defined by those 1,776 hours. For those in the rest of the World who perhaps barely acknowledged the conflict, this might be something of a mystery but there is deep, deep resentment toward those responsible for the conflict and toward the present day ‘Malvinistas’ (the short word for those who advocate the Argentine claim over the Islands). Sadly, there is also a more marginal but definite underlying racism directed at the Argentinians in general but this is, of course, not always true. Many people recognise that it is not the entire population of Argentina that caused/continue to cause the psychological upset but the all-too-familiar label of ‘Argie’ doesn’t clarify this distinction, especially given its usually-derogatory context.The ‘f*** off Argies’ sign adorning a local window has become something of a bone of contention, though thankfully many members of the community including students I teach acknowledge just how wrong this is to see. 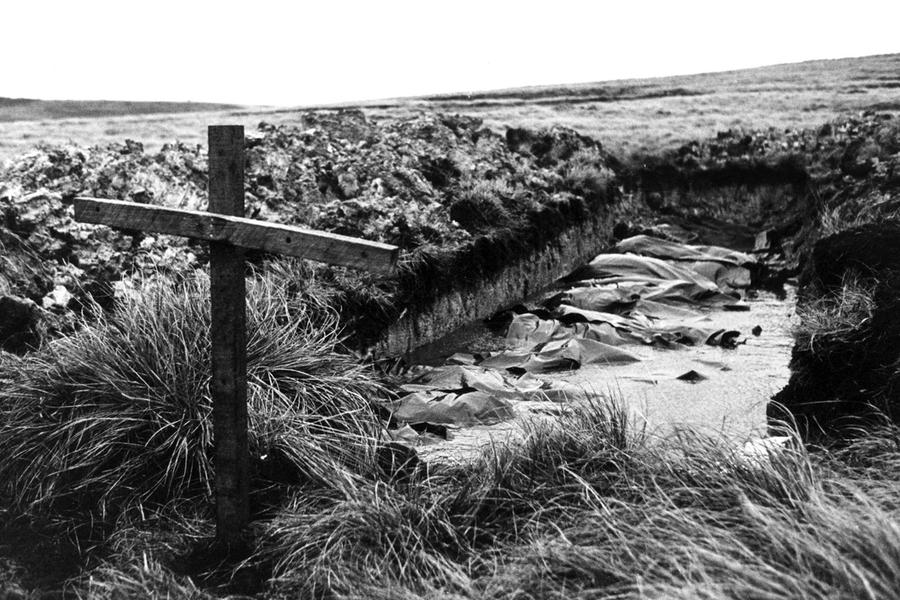 I and many other non-Islanders have been shocked by the level to which society here has been shaped by the conflict – the Islands exist in a sphere of ‘before, during and after’ and discussions of history, explanations of the status quo and many other aspects of life here fall into these categories. One local lady told me that the occupation had temporarily removed the identity of the Islands but I had to disagree; it has struck me that the invasion and subsequent liberation GAVE the Falklands its current identity. Still, though, it is hard to believe that a conflict lasting 74 days, costing the lives of just 3 local people (from British shelling) and 255 British servicemen (in comparison, current estimates for the Syria conflict stand at 470,000 casualties) could continue to have such an unending resonance. It is hard to convey in words the true extent of the conflict’s consequences here as I can’t know how that might be measured. PTSD levels, which are acknowledged by many as being very much present here, don’t seem to have been addressed or researched. The number of times it comes the conflict comes up in conversation or is used as an explanation for some aspect of life here is immeasurable and the physical scars have largely been eroded by time. This leaves an awareness that the conflict is essential to understanding life here, but no adequate way to explain why.

What I can speculate on are my theories as to why such a relatively minor conflict is so steadfast in its ability to cling on to this community’s collective memory. My theories are three-fold and I believe the three all work together:

Perhaps, 20 or 30 years from now, a situation might come about that begins to build better relationships between the South American cousins and people here can begin to move on with their lives but that still seems a long way off. One day, I will give the historical background to the Argentine claim and the policies it has pursued but in the week of Liberation, that doesn’t seem to be the important thing right now. Self-determination continues and the thriving community on the Islands continue to provide a legacy for those that paid the ultimate price for the freedom of the people here.